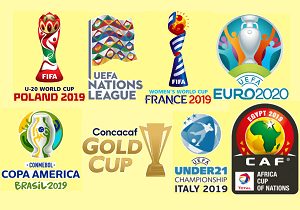 The summer fest of football that started well before Wimbledon began with the strawberries and cream promised much. There was particular optimism for domestic success with England in the UEFA Nations League as well as the Lionesses in the Women’s World Cup with England Under 21s hot favourites for the European Championships. But, oh dear, do we never learn?

England`s men were tantalizingly close to first silverware for more than half a century but no amount of preparation and game planning can legislate for individual errors, the kind that cost so dear in Portugal. Maybe there is consolation, however scant, that Bronze medal was secured via a penalty shoot-out.

I must confess that I am now a convert to the women`s game. There is an appreciable purity about the lack of hubris which is prevalent in the men`s game not to mention an overall high standard of the finer skills, from dribbling   through shooting and up to and including heading. Even the lack of tackling I would call a plus. Unfortunately when it came down to it some of our Lionesses lacked specific skills and correct decision making when it mattered, at key moments against the USA. The paradox still rails but we failed against the World Cup holders because they were better at what we hold near and dear on our shores – mettle, bottle and a certain soup son of streetwise.

A similar accusation might be levelled at the England Under 21 side that went into their championships as favourites only to crash out because, in simple terms, they were not good enough, collectively and individually. In terms of individuals and leadership England fell short. It still remains a mystery why England`s best player, Phil Foden, was left out of the starting line up for the must win second game against Romania. Forget the reason given, `saving him` by sending him on late in the game to chase the game he should have started and helped put points on the board.

Losing their opening game to France was the undoing of the team`s title  hopes and for me there was a significant factor in that failure. I purposely decided not to watch the game from the start. Instead I decided to get a snap assessment from a five-minute view of the game, early in the first half. What I saw was ominously worrying. I saw two well-drilled and organized teams going toe-to-toe. Now, when that happens in a game, something extra is required, an `X` factor if you like. Something or more appropriately, someone who can transcend game plans and change the game. That`s why certain players are referred to as `game changers` because they can do something different. France had it, we did not, France won. The Romanians had it, Spain had it, Italy had it, even Croatia had it. Indeed, it looked like everyone had it, except us. Back to the drawing board.

Whilst the Under 21 Final saw Spain triumph again at international level the Final also laid down a marker that both nations were well on the road to recovery after recent years in the wilderness.

Meanwhile, on the senior stage, the USA were unable to match the success of their women`s team that not only made history by retaining their world title but did so after reaching their third consecutive Final.

In the Final of the Copa America Mexico made their own piece of history by winning the trophy for a record eighth time. They beat the USA with Jonathon dos Santos netting the only goal of the game. Several of the US men did neither themselves, nor their country, any favours by walking out in a huff after the Final and refusing to talk to the media.

From a neutral perspective perhaps the most pleasing international result of what used to be called the close season has to be what happened in the FIFA Under 20 World Cup in Poland. Despite all the turmoil, internal and external, that beset their nation in recent times the Ukrainian Under 20 team claimed their first title by beating the Korea Republic 3-1 in the Final, and they did so coming from 1-0 down.

The Africa Cup of Nations brought the curtain down on the summer fest of international football but the dour quality of the football produced by Algeria and Senegal in the showpiece of African football rather brought the game into disrepute more than it enhanced it. Perhaps it was fitting that a freak own goal, in the second minute, was to separate the two teams which gave Algeria their first title since 1990 by the end of the game that was littered with petty fouls and amateur dramatics.

And finally, let us not forget, going back to domestic football, that before the international players were donning football boots instead of beach flip-flops for a variety of international tournaments there was the little matter of Premier League dominance of Europe`s premier club competitions. Maurizio Sari and Eden Hazard signed off their Chelsea careers by securing the Europa League and with it a belt and braces entry into the forthcoming Champions` League. And Liverpool added yet another Champions` League success to their long, and getting longer, list – are you watching Old Trafford- with victory over a Tottenham side that will be disappointed they didn`t make a better fist of pushing Jurgen Klopp`s team.

Not long now before the cycle starts again. Where did the summer go?