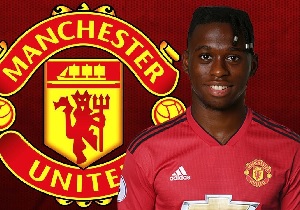 July – the hottest month for transfer windows – is here and we’re already seeing huge deals take place like Manchester United spending £70million on British talent, Aaron wan Bissaka. There also may be a possibility that Neymar returns to Barcelona, but nothing is confirmed.

So, who’s bagging the star players and which teams are coming up short? It seems like Manchester City and Liverpool are extremely attractive destinations for any top player. And why wouldn’t they be? With outstanding squads already in place and two of the finest managers in world football at the helm, they hold all the cards in the transfer window and can afford to be picky, aiming to improve their already impressive options rather than desperately rebuilding.

Liverpool have already signed 17 year old Sepp van den Berg for £1.3m. The Netherlands U19 centre-back couldn’t believe the news and “thought it was a joke”.

Former Liverpool player, Philippe Coutinho is also rumoured to be re-joining the Reds after a mere 18 months of selling him to Barcelona. Coutinho initially left Liverpool to “win big titles” but has not been able to make the impact he wanted at Camp Nou. Rumour has it that he regrets leaving Liverpool, especially after their Champions League win.

The Reds knocked out Barcelona with a whopping 4-0 win at Anfield, after they were battered in the first leg by Barca at Camp Nou with a score of 3-0. They certainly bounced back and it seems Coutinho is looking forward to doing the same. The Brazilian is also being scouted by Manchester United but will not join the Red Devils out of respect for his former team.

Ousmane Dembele is perfectly happy to stay in Spain this summer despite Liverpool’s interest. Even though Barcelona isn’t planning on letting go of the forward, Liverpool are weighing up a move for the Barca winger and are prepared to splash £133m to sign the France international.

Rafael Camacho, Daniel Sturridge and Alberto Moreno will be leaving the Reds this summer.

Manchester United have a lot of heavy decisions to make this summer as the Red Devils are in desperate need of some massive re-building and improvement. They have already offered David de Gea a fresh and improved offer that would definitely be hard to refuse; if the world class goal keeper accepts, he will probably be the highest paid in the team. Although de Gea was set on leaving, this tempting deal may have changed his mind and currently, negotiations are going on.

Although Real Madrid are eager to include Gareth Bale in a potential deal for their No 1 target Paul Pogba, Manchester United are supposedly uninterested as Bale does not fit the transfer profile that the Red Devils are pursuing.

In other news, the recent Premier League champions are ready to match Man Utd’s £70m offer for Harry Maguire. Man City would will pay the England international £280,000-a-week in an £80m move to the Etihad. This deal has a high chance of happening as Maguire has expressed desire to join Man City.