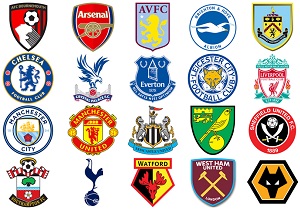 Premier League clubs have been suspiciously quiet during the close season as far as new signings are concerned, especially the Top Six. Only Tottenham and Manchester United have splashed the cash thus far and even then the players they have brought in are hardly household names; Kion Etete and Daniel James respectively.

Chelsea are of course restricted by the transfer ban and their only activity was one out, a certain Eden Hazard. Potentially the major focus for Stamford Bridge is whether or not they can persuade Frank Lampard to return as manager. I have a curious feeling that not only will the ban have a positive affect on Chelsea`s season in that the club, which has had more players out in loan over recent seasons than any other Premier League outfit, will place more emphasis on home-produced talent but that it may well lead to a seismic shift in the approach of other top clubs.

What is noticeable about the few signings that have manifested over the summer is that the incoming players are either fairly unknown or foreign. West Ham United, as per usual, keep trying to shore-up what many perceive as a tenuous hold on their elite status by throwing money at players from overseas. The Hammers have signed Roberto Espanyol as well as making Pablo Fornals their second most expensive signing ever and let`s face it they haven`t had the best track record in talent spotting/signing in recent years. Let`s hope that player`s stats don`t come back to bite West Ham on the bottom. The attacking midfielder, signed from Villarreal has netted an underwhelming three goals in 63 games over the last two years.

The coming campaign is almost certain to be pivotal in the future of Tottenham coach Mauricio Pochettino. Despite the politically correct rhetoric coming out of WHL another trophy-less season could see him moving on to one of THE big clubs in Europe. NB Don`t be surprised at seeing Gareth Bale back at Spurs and Christian Eriksen on his way.

It`s almost certain that last season`s Top Six will be the same top six come May 2020 but in what order is open to debate. I doubt the title race will be as close as it was last time out and I think Liverpool have a good chance of topping Manchester City BUT need quality strengthening in midfield. Jurgen Klopp took an age to make the improvements at centre back and in goal that he eventually made and it paid off. He can`t afford such intransigence this time.

Looking at a few web-sites as we approach the commencement of pre-season training many are making capital out of the start to previous seasons by Premier League clubs but that matters not a jot come August. As ever it will be on the day and will continue to be so, thank goodness.

Liverpool kick off at home to Norwich and should demonstrate to the Canaries that the gap between Championship and Premier League has widened dramatically since they last graced the top flight.

City`s footballing philosophy should ensure consolidation but it will be close.

As you were. City may well come away with only a point but I doubt it. Winning, games and trophies is a habit that is difficult to shake off and Pep will ensure `complacencia` will not be in the Etihad lexicon any time soon despite last season`s domestic clean-sweep. City to finish behind Liverpool come May. For West Ham I see nothing but a battle for survival.

Prediction: Draw or away win

I think Palace fans are resigned to losing their one-man team, Wilfried Zaha, but Roy Hodgson will use his windfall wisely and I have a feeling The Eagles will not struggle as they have in recent years. Everton have brought in goalkeeper Jonas Lossle for the unenviable task of understudying Jordan Pickford. Do Everton know something we don`t and are planning to cash in on the goal scoring, penalty saving England man? Crucial season for Everton and their manager.

Hats off to Wolves and Nuno for a fabulous start to their latest Premier League adventure and European football. Leicester need some Premier League quality players if they are to impact this season coming. They may have to cash-in on James Maddison and/or Harry Maguire to strengthen. Meanwhile NES has been at it again, signing Raul Jimenez from Benfica and 18 year old Hong from Yeovil.

Two clubs who will be grateful to finish the season as they did last time out, still a Premier League club.

I think Sean Dyche, if he does`t earn a bigger club soon, will ensure the Clarets don`t take as long to get going as the did last year. Southampton showed signs of threatening to improve and did enough to save their top-flight status but I see another season of struggle for them.

Can Watford build on last season and make an impact higher in the table? Probably have a better chance than Brighton who canned Chris Houghton and brought in Graham Potter. Watford should survive the season, not so sure about Brighton.

This should be a cracking game. Bournemouth who are notable for shipping goals or scoring a bunch, doesn`t seem any half measures from Eddie Howe`s team. Sheffield United work hard with good players and there`s none better than Billy Sharpe. A true goal-poacher in an era where there are few of them around. Both sides should be Premier League clubs come May and I have a sneaking feeling Sheffield United will shock a few teams over the next campaign.

I think Villa will struggle in the Premier League this season without wholesale reinforcements. Will Tammy Abraham stay or will Chelsea recall the striker as part of a new approach to squad make-up? Will Jack Butland improve his career prospects and Villa`s chances of staying in the Premier League by swapping Championship Stoke for the top flight? Two very big questions to be answered at Villa Park.

Tottenham may surprise a lot of people with a couple of new signings, particularly if Christian Eriksen leaves. Tottenham`s progress up the finishing positions in the table will be judged on how successful they are in splitting last season`s top two. A top four finish is something Spurs are more than capable of and they should start the campaign with three points here.

I think Arsenal will be beaten at St James` Park and I expect the inconsistency which is inherent at the Emirates will persist. They may have, arguably, the best strike pairing in the top flight, but a leaky defence and a characterless midfield, now that Aaron Ramsey is a Juventus player, will haunt Unai Emery.

Newcastle must surely one day make an impact on the Premier League their loyal and patient fan-base deserves. Maybe that day is upon us. KEY FACTOR? Ownership .

For me the most intriguing fixture of the opening weekend. Ole Gunnar Solskjaer will have his first OT pre-season behind him and in doing so will have separated the expensive wheat from the even more expensive chaff and put out as near as he can his preferred 11.

Chelsea will have to get on with their post-exit Hazard era and how they , or Frank Lampard, maybe, handle being without the Belgian will go a long way to assessing what kind of seasons lies ahead.

I think these two clubs will be the ones that will push Spurs the hardest as the biggest challenge to Manchester City and Liverpool.