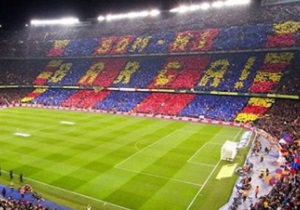 This week the UEFA Champions League Semi Finals First Leg tie between Tottenham Hotspur and AFC Ajax as well as the FC Barcelona and Liverpool FC tie showed that there is bit of a mountain to climb for the 2 remaining English sides following their defeats.

Spurs will feel somewhat lucky to have not conceded more goals in the first half of their game against Ajax, where they faced a barrage of attacks to which their manager Mauricio Pochettino later admitted he was to blame for bad tactics. The game finished 0-1 to Ajax and Spurs who were not playing with their two formidable strikers, in Harry Kane who is injured and Heung-Min Son who was suspended really showed they lacked their 44 combined goals this season.

The Tottenham Hotspur Stadium in London

There was very little that Fernando Llorente and Lucas Moura offered at the top of the pitch at the newly built Tottenham Hotspur Stadium, with a very untypical lacklustre performance. This was probably to do with the strong defence that Ajax showed throughout the game with 19-year-old Dutch captain De Ligt and Barcelona bound 21-year-old left back De Jong both outmuscling any threat that came their way.

The only goal came at the 15th minute following a smartly taken move with Morrocan winger Ziyech feeding in Dutch striker van de Beek who could afford to take his time against the France World Cup winner and capatain Hugo Lloris. This slender lead by Ajax will be tested in next week’s second leg tie at the Amsterdam Arena with some paypal betting sites list already giving Ajax the best odds of progressing to the final of the UEFA Champions League competition in Madrid.

The match that easily could have been the final of the UEFA Champions League, with two of Europe’s best teams on current form finished in a comfortable home win for Barca. At least on paper, as it was anything but an easy game for Messi and co as they were on the defensive for most of the second half against the Merseyside team who were trying to come back from 1-0 after the Uruguay and ex-Liverpool striker Luis Suárez scored in the 26th minute of the game.

The real change came following the introduction of the Portuguese Barca right back Nélson Semedo who replaced ex-Liverpool attacking midfielder Coutinho in what was at the time a tactical move that was meant to defuse the Liverpool duo of Sadio Mané and Andy Robertson. This eventually happened and with Semedo showing some exhilarating pace on the attacking third, the game finally opened up for Messi who showed why he is regarded as one of the best ever footballers. Two goals from the Argentina and Barcelona captain in 75th and 82nd minutes wrapped up the game which finished 3-0 to Barca.

The Camp Nou Stadium in Barcelona

It will be wrong to write off Liverpool when they host Barca at Anfield next week, as they have had their share of memorable European nights.