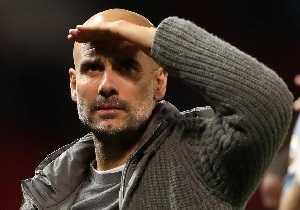 With the 2018/19 season about to draw to a close, it has not gone unnoticed that the points tally seems to be one the up. With just three games left to go Manchester City have returned to the top of the table with a total of 92 points and Liverpool, their nearest rival with whom they have been locked in a battle for the silverware for many weeks now are just one point behind. This week Pep Guardiola said that the standard is up and Bonusbets.com looks at the story.

The battle for first place has never been closer, both Liverpool and Manchester City have had an incredible season with seriously impressive statics under their belts. Both have nailed a win from their last five matches, and after that, there is very little to separate the teams. Over the 36 games, they have both played City has won 30 and Liverpool 28. Just two draws and four loses complete the blues table reading, meanwhile, in the reds there have been one loss and seven draws. These impressive statistics have taken the points needed to win higher and higher.

The highest points on offer this year will be 98 if City win their last three games, and should this happen Liverpool have to admit a gracious defeat as they can only rack up 97 from their remaining matches. Amazingly this is still lower than last year when Man City claimed the title with a massive 100 points. Speaking this week, Pep Guardiola credits the improvements in the points to a decent challenge and has thanked rivals Liverpool and their manager Jurgen Klopp for creating an arena for such high numbers.

“The standards we created, people know that you have to be close to 100 – before it was 90. This standard was last season, we helped Liverpool to achieve it, and Liverpool helped us to keep going, so thanks to Liverpool we are competing. Liverpool knows that to win you have to make a lot of points. That’s what we communicate to anyone”

Historically the points did not need to be so high, and 100 was truly exceptional last year with no other team even coming remotely close to the contest we have seen this year with Liverpool and City seeming to change places every week. The highest scoring runner up title is held by Manchester United who took second in the 2011/12 season with 89 points, so a 97 point finish for Liverpool, if that is how it ends, certainly is not too shabby.

In the season before 2010/11 Manchester United took the title and needed just 80 points to do so. Before last years epic win the next highest scoring season was 2004/05 when Chelsea lifted the silverware with 95 points and again in 2016/17 with 93 points. It certainly seems that the highest scoring team are almost moving into a league of their own and the gap between the top and bottom of the table is vast.