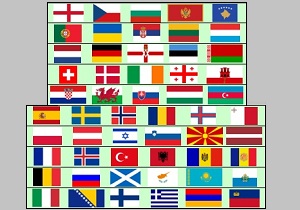 If England needed any greater motivation to build on the World Cup semi-final last year and the forthcoming European Nations` League semi final then the chance of appearing in the semi-final and Final of Euro 2020, being staged in England, is it. Twenty sides will earn a place at the Euros via top two finishes in the qualifying groups with another four coming through the new play-off system.

In past years it was easy to write…. `reaching the Euro finals in….` whatever country it was or in the case of Euro 2012 the first co-hosted finals. But in 2020 the finals are spread across 12 cities; from Dublin in the west to Baku in the east with Amsterdam, Bilbao, Bucharest, Copenhagen, Budapest, Glasgow, Munich, Rome and St Petersburg in between. London will host both semi-finals and the Final itself, on July 12th. The capital will also stage three group and one Last 16 game.

England along with their first opponents in the qualifying group, the Czech Republic, were the two hot favourites to reach the finals before their opening game. However there was a dramatic reassessment following England`s thumping 5-0 win over the Czechs especially as Montenegro and Bulgaria drew 1-1 in their first game.

And anyone thinking Kosovo were just making up the numbers should look at the stoppage time equaliser that prevented a shock defeat of Denmark in a friendly before the real stuff started. When they did start in earnest they showed their mettle in a 1-1 draw with Bulgaria.

England then went from strength to strength and for the first time under Gareth Southgate won a fifth game in a row and the 5-1 success over Montenegro is being hailed as one of the best England games of all times. I don`t know which was more embarrassing for the home side, the juvenile, playground tactics they employed in falling to the ground every time they were brushed by an England player or the overall behaviour off the field by their fans who, to quote Clive Tyldesley, `do not have a record of racial abuse`. They do now Clive.

England did everything right, after conceding the early goal to Montenegro, they scored all types of goals; set-piece, counter-attack and team goal. Declan Rice had no right to be as comfortable as he was on his England debut and Callum Hudson Odoi was nothing short of sensational as he became the first player in the Premier League era to make his England debut before making a league start for his club.

I will wax lyrical about the 18 year old another time but every time the ball came to him I thought there was something familiar about the way he wanted to move forward, quickly, and attack, his style. Then it struck me,

My prediction is England plus….I reckon between Kosovo and the Czech Republic.

Most observers expected Portugal and Ukraine to prevail in Group B and that`s exactly what Serbia will be hoping occupy the thoughts of those two because they are primed to split the two favoured teams. But the amazing start to this group was the 0-0 draw between the expected top two that gave Luxembourg the chance to TOP THE GROUP thanks to a 2-1 win over Lithuania. This could be one of the groups to keep an eye on for potential shocks.

Ukraine followed up their goalless draw in Portugal with a 2-1 win in Luxembourg, replacing the team from the Duchy at the top of the table.

Ukraine and Portugal to progress

I don`t know how many black cats have been run over by Michael O`Neill but it must be a fair few to be drawn in a group as tough as this one. Six points was essential against Estonia and Belarus if the Irish were to put themselves in with a chance of doing what they have shown they are capable of when they play the big boys. The win over Estonia was a good start which got even better with the victory over Belarus. It`s very difficult to look beyond a resurgent Dutch squad and a rebuilding project that is Germany to sort out the top two. Maximum points from Estonia and Belarus puts the Irish in with a chance if they can get a shock win over one of the big guns. Sitting top of the table with maximum points from two games is one heck of a start.

The Netherlands 4-0 thumping of Belarus showed that the Dutch resurgence is not a flash in the pan even though they went down 3-2 to Germany. Against the Germans the Dutch fought back from 2-0 down to level at 2-2 and only succumbed to a 90th minute goal that gave Germany all three points.

Germany and Netherlands to qualify.

As far as `Poisoned chalices` go the Republic of Ireland seat now occupied by Mick McCarthy, again, is up there with the most poisoned. For years the Irish punched above their weight but now they are on the slippery slope and desperately need a good showing in Euro 2020 qualification. As well as needing to hit the ground running under McCarthy the Irish need to sort out a replacement for the world class striking ability known as Robbie Keane or at least get the odd goal from other departments of the team. Motivation has never usually been a problem for the Irish, especially at home, but they are going to need a lot more if they are to prevent Switzerland and Denmark from leaving them in their wake.

The Irish overcame what Mick McCarthy called `a horrible game`, a 1-0 win in Gibraltar, and shared top spot with Switzerland who won 2-0 in Georgia. They sustained their good start with a grinding 1-0 victory over Georgia which could turn out to be significant in the final analysis.

Switzerland and Denmark to prevail

By his own admission Ryan Giggs sees Croatia and Slovakia as the main rivals to Wales for progress from this group. As ever much will be expected of Gareth Bale who may start the qualifiers a Real Madrid player but is odds on for a change of scenery after the turbulence of recent times at the Bernabeau. Whatever happens with their icon Wales can be optimistic about the new kids on the block, Ben Woodburn and David Brookes especially. Brookes who has been a revelation at Bournemouth since his move from Sheffield United is another who might experience a change of employer over the course of the next 12 months. Aaron Ramsey, perhaps the most underrated British player of the last decade may be the catalyst for Wales after he settles down with Juventus, a proper football club, after the disgraceful way he was discarded by Arsenal.

It was one of the new kids, Daniel James, who scored on his first competitive start for Wales to earn a 1-0 win over Slovakia. This kid is a flyer and the way he took his goal, one touch to control and one to fire home from distance, makes him one to watch NOW and in the future. Unlikely to remain at Swansea for long.

Slovakia bounced back and beat Hungary 2-0 while Croatia, stuttering to replicate their World Cup showing eased to a 2-1 victory over Azerbaijan.

Slovakia and Wales to qualify

No one will be expecting Spain to struggle to top this group but it is no stretch of the imagination to see a Scandinavian one-two here if the Spanish do not bring their `A` game to the table. Sweden proved in Russia 2018 how hard they are to score against and Norway went into their first Euro 2020 qualifier on the back of four UNL games unbeaten, in which they conceded just one goal.

But Spain came up with a 2-1 win, as did Sweden at home to Romania and Malta maintained the symmetry in the group with a 2-1 victory over Faroe Islands. All three teams topped the group but it didn`t last. The second matches saw Spain struggle to a 2-0 win in Malta while Norway and Sweden played out a six-goal thriller in Oslo. The home side led 2-1 on the hour but were pegged back four minutes from time. Sweden then went ahead with a 91st minute goal before it was a case of honours even when Kamara scored to make it 3-3, in the 96th minute. Sweden moved into second place while Romania claimed their first win, 4-1 over the Faroe Islands, to go third.

Group G has the look of the most open group of all with perhaps Poland being the hot favourite to top the pile and they justified that tag with a 1-0 win in Austria to kick off their qualification journey. They followed up by beating Latvia 2-0 to top the group with six points and no goals conceded. Things got worse for Austria when they were hit by a rampant Israel who followed up their 1-1 draw at home to Slovenia with a 4-2 victory.

Not to be outdone Macedonia opened with a 3-1 win over Latvia and followed up with a 1-1 draw in Slovenia to make a great case for vying for second spot, behind Poland, with Israel.

Poland and Israel are my shouts for the top two places

World Cup holders France made a dream start winning both opening games; 4-1 away to Moldova before another four goal haul at home to Iceland, 4-0. Turkey are hot on their trail and had an even better record after two games, winning 2-0 in Albania and 4-0 at home to Moldova. Early stages yet but no goals conceded by the Turks.

Albania bounced back from their defeat to Turkey to win 3-0 in Andorra, who had lost their first game 2-0 at home to Iceland.

Moldova conceded eight goals in their two games leaving them bottom of the table behind Andorra, who only conceded five.

France and Turkey odds on to take the top two places

Belgium and Russia are favourites to be the top two in this group. Russia were impressive on home soil in the 2018 World Cup and Belgium finished third so will be hoping to make more Belgian football history. They have, pound for pound, arguably, the most talented squad of players looking towards Euro 2020 and they did not disappoint with a 3-1 win over Russia, who did not play badly themselves. But the Scots went and did it again. You can spews up all the stats you want about FIFA rankings and differentials until the cows come home but to lose 3-0, and lose badly, to Kazakhstan is a blemish that will never go away. And with that one result Kazakhstan immediately elevated themselves to be par with Cyprus for an outside bet at progress.

Belgium went about their business with aplomb and after they swept Russia aside 3-1 they followed up with a 2-0 win in Cyprus, both without Romelu Lakaku.

Russia recovered to earn victory in their second game, 4-0 in Kazakhstan to occupy second place in the group, along with Cyprus, Kazakhstan and Scotland who were singularly unimpressive in beating the lowest ranked team in the world, San Marino, 2-0.

I think Russia will eventually get their act together and join Belgium in the next phase.

Unsurprisingly Italy won their two opening games, scoring freely, 6-0 against Liechtenstein after beating Finland 2-0. Greece and Boznia- Herzegovina shared second place with four points. Greece won 2-0 in Liechtenstein before earning a 2-2 draw away to Boznia-Herzegovina who had beaten Armenia 2-1. The Armenians then lost 2-0 at home to Finland. This is going to be a tight group.

Italy plus Greece or Boznia and Herzegovina to progress 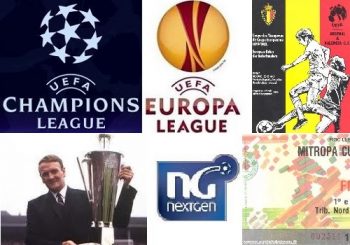 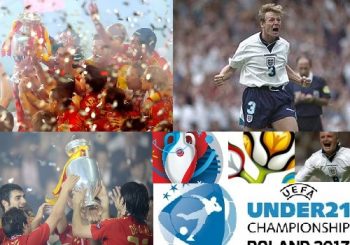