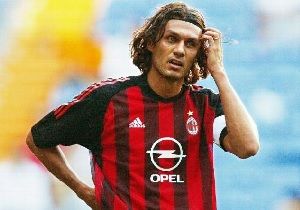 From Compton to Holt: Footballers who have Shone in other Sports

Many footballers stay in the game when they retire from playing, often taking up coaching jobs or working as a television pundit.

While some players have enjoyed success in other sports while playing football, most tend to wait until they have hung up their boots before trying something different.

Read on as we look at some of the best multi-sport footballers in history.

Compton was a brilliant cricketer who played in 78 Test matches for England and spent his entire club career with Middlesex.

He was also an accomplished footballer who played most of his football career at Arsenal. He played in numerous positions for the Gunners, helping the club win the league in 1948 and the FA Cup two years later.

Compton was selected to play for England in November 1950, at the age of 38 years and 64 days – the oldest post-war England debutante and the oldest ever outfield player to debut.

Woodhouse played over 300 games during his football career for the likes of Sheffield United and Birmingham City, before going on to prove his talents in the boxing ring.

Although he suffered a few losses along the way, Woodhouse won the British light-welterweight championship in 2014 with a victory over Darren Hamilton.

He stepped into management in non-league football, but quit as Bridlington Town boss in 2018 to concentrate on his new boxing academy.

His double save to deny then-AC Milan forward Andriy Shevchenko during the second half ensured the Reds made it to a penalty shoot-out where they went on to claim the trophy.

He retired from football in 2013 and promptly swapped his goalkeeping gloves for the racing track, going on to compete in over 30 endurance races in Europe.

Holt scored over 150 league goals during his football career, earning himself a reputation as one of the best forwards in the lower leagues.

The former Norwich City striker began his new career in wrestling during 2018 and he has set himself a target of making it all the way to the WWE.

Holt emerged victorious in his first World Association of Wrestling (WAW) event, a 40-man royal rumble, although whether he ever gets to face the likes of John Cena remains to be seen.