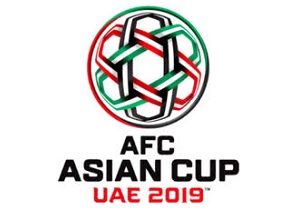 The staging of the 17th Asian Cup will see the competition extended to 24 teams, for the first time, the initial phase has those teams divided into six groups of four. After the group stages are completed the top two teams in each group will go through to the knock-out last 16 stage along with the four best third placed nations.

Four times winners Japan are strong favourites followed closely by Iran, South Korea and current holders Australia. A good outside bet to upset those standings will be hosts UAE.

Hosts UAE should progress without too much trouble and, as Al Ahli proved in the recent World Club Cup they are likely to benefit immensely from home advantage.

Thailand, India and Bahrain will make Group A almost a group within a group as they view for second spot behind the UAE. Thailand finished top of their group in the second round of qualifiers making them, effectively, the 12th best Asian team. The game between the War Elephants and India will probably decide who progresses with UAE.

India may just edge the other two out of automatic qualification and their star man is all time leading goal-scorer Sunil Chhetri with 65 goals in 104 appearances.

Australian and Syria should qualify and the game between them is one to long forward to. Syria has a couple of players to watch, strike pair Omar Kharbin and Omar Al-Soma. Kharbin was AFC Player of the Year in 2017 while Al-Soma was top scorer in the Saudi Professional League with Al Ahli for three seasons, 2014 to 2017, netting 73 goals. Very good in the air but also very capable on the deck and a notable feature of his style is his intelligent link play bringing other players into the game.

It will be an interesting game when the holders meet Syria in the final round of group fixtures after the Socceroos denied Syria a place in the 2018 World Cup finals. Syria could be outside bet for the trophy having reached the knock-out stages  five times.

Holders Australia will be hampered in their quest to retain their trophy as they will be missing two of their best and most experienced players, record scorer Tim Cahill and Mile Jedinak who have both retired. But that void can be filled to some extent by Celtic`s Tom Rogic who has spent the last seven years with Glasgow Celtic and is a vital cog in midfield despite being just 26. Goalkeeper Matt Ryan will be a crucial component in the Socceroos` defence of their title and has proved his worth as Brighton maintained their place in the Premier League.

Jordan has made more headlines off the pitch with the number of different coaches they have had in recent times, six in the last three years, including `King of the Jungle` Harry Redknapp. But they have developed a number of good young players as they made it to their fourth Asia Cup finals.

Most eyes will be on 21 year old Musa Al Taamari. Two productive seasons with Al-Jazeera earned him a move to Cyprus Division 1 side APOEL where he netted 7 goals in 10 league games. He also played in all 6 of APOEL`s Europa League qualifying games.

Palestine`s domestic football has come on leaps and bounds in recent times but progress has been slow on the international front so they will see it as massive progress if they can top Jordan in this group.

South Korea, ranked 53 in the world, won this competition back in 1960

and will boast the most famous player in the finals when Tottenham`s Son Heung-Min finally joins up with the squad. His inclusion was agreed between his club and the South Korean FA meaning that although he will join up with his team mates in time for the final group game its more likely he won`t feature, unless required, until the knock-out phase.

South Korea will rely heavily on the in-form Spurs man and must be considered one of the favourites. They are in form being unbeaten in six games, since August, under coach Paulo Barto.

The PR of China were runners-up in 1984 and 2004 and may be a decent outside bet for the last four. With the growth of the Chinese domestic league this Asia Cup will be a good barometer of the progress being made on their domestic front.

Kyrgyzstan are making their AFC debut as are the Philippines. Both are likely to struggle to get out of the group.

Iran and Iraq are most likely to battle for top spot and their game will have many interested outside observers. Iran, ranked 29 in the world, and number 1 in Asia, are historically one of the strongest Asian teams and have a good record in this competition having lost at the quarter-final stage of the last three Asia Cup competitions and share, with South Korea, the record of participating in a 15th tournament, both having played 62 matches. Coach Juan Antonio Pizzi caused great controversy when he left star striker Nawaf Al Abed out of the Iranian squad so will rely heavily on Sardar Azmoun.

Iraq were champions in 2007 and last time out, in 2015, they finished fourth. Their key player is Hussein Ali though observers may be keeping a close watch on young striker Mohaned Ali. Generally listed as having been born in 2000 some suggest he may be 21 but whatever the age he has all the attributes to shine with flair and powerful shooting being amongst his greatest assets.

Vietnam are competing in the finals for the first time as a united nation. It is also a debut for the Yemen. Both nations will relish locking horns with Iraq and Iran though Vietnam will be hampered by the absence of top scorer Nguyen Anh Duc. Their coach is also taking a chance by including seven previously uncapped players in the 23 man squad.

Nguyen Quang Hai is another one to watch. Voted MVP in the AFC Suzuki Cup he emerged as one of the brightest prospects of 2018. Although he has flirted with spells in midfield the 21 year old striker is best in the attacking third where his dribbling skills and eye for an incisive pass can be pivotal. Quang Hai is the kind of game changer who can turn Vietnam into potential contenders.

Yemen are ranked 135 in the world but 26 in Asia. The Red Devils` preparation for the Asia Cup was not helped by the civil war in Yemen that meant for security reasons they were unable to play at home.

Saudi Arabia and Qatar are the sides expected to qualify from this group and should be too strong for the other group teams Lebanon and North Korea. Although Saudi Arabia is one of the strongest teams in the continent having won the title three times, 1984,1988 and 1996, they crashed out of the group stage in 2004, 2011 and 2015. The Saudis will be looking to win the title for the first time this century and although they had a disappointing World Cup they can point to a victory over Mo Salah`s Egypt at that tournament as a yardstick for progress.

Qatar`s best showing in the Asia Cup were two quarter-final appearances, 2000 and 2011. Their star man is Abdulkarim Hassan who despite being just 25 years old has amassed 69 appearances for the national side as well as representing his country in Olympic football. At 17, in 2011, he was the youngest player ever to appear in the AFC Champions League. He was loaned out to Belgian Division 1 club Eupen in 2017 and last year made the shortlist for Asian Footballer of the Year.

For Qatar it is the last tournament before they host the 2022 World Cup and they will want to give a good account of themselves on the field as they prepare for then. Recent outstanding performances against Switzerland and Iceland will have lifted their hopes of such a showing in this tournament.

For Lebanon this is only their third Asia Cup and they have never progressed beyond the group stage. Hassan Maatouk is their star man and has notched 19 goals for his country in 72 appearances. His record at club level is better with 119 career goals to his name but he is more than a scorer of goals. He has pace, dribbling ability and is good on the ball as well as being two-footed. His overall skill set could make him a success at the tournament.

For North Korea this is a 5th Asia Cup but their best showing was fourth in 1980. Their man to watch is Han Kwag-Song currently on loan at Perugia from Cagliari where he is on contract until 2022. Just 20 years old Kwag-Song was the first North Korean to play in Serie A. Although not a prolific scorer and has yet to score in his two international appearances before the Asia Cup he has time on his side.

Japan, four times winners of the Asia Cup, are hot favourites to make it five and who would doubt the credentials of the most successful country in Asia Cup history. They last won in 2011 and in Hiroki Saki they have one of the outstanding defenders in the competition. A strong, well-built centre back in the traditional mould the Marseilles player is an awesome sight when he powers forward from defence to initiate counter attacks.

Another key player is skipper Maya Yoshida who plays for Premier League Southampton. Capped 88 times, with 10 goals to his name, Yoshida led Japan in the 2018 World Cup where he played every minute as they made the last 16 where they lost 3-2 to an amazing comeback by Belgium, from 2-0 down.

Oman, fresh from their Gulf Cup success, will be hoping for a better Asia Cup than the three previous occasions when they failed to get out of the group. They have a couple of key players; 24 year old Mohamed Al Hosni and exciting winger, 22 year old Jameel Al Yahmadi and although they are unlikely to figure in the top two they have a good chance of qualifying as one of the best third placed teams.

Turkmenistan rely heavily on one club for their player with 11 of the 23 man squad coming from Altyn Asyr. Plus the fact that national coach, , Yazguly Hojageldyyev, was the club coach, until 2018, that took his team to the AFC Final.

The star of the national side is forward Altymyrat Annadurdiyev who was outstanding with 8 goals in the club`s run to the AFC Final. He also netted the crucial goal against Chinese Taipei to ensure just a second Asia Cup finals presence. Turkmenistan`s best chance of a good showing in the tournament is the cohesion that a one-club nucleus can provide.

Uzebkistan have been rebuilding since a poor qualification campaign for the 2018 World Cup which saw two changes in management until they settled on much respected Hector Cuper, the former Inter Milan coach who led Egypt to Russia 2018.

In recent years although the senior Uzbeki side struggled there has been much progress with the nation`s junior sides. The Under 19s made the semi-finals of the AFC championships in three of the last six competitions and the Under 20s have shown promise in their age-group World Cup.

The star man to watch is 22 year old Odil Hamrobekov. He led his side to their first AFC Under 23 Championship  and was voted MVP for the tournament. He is a holding midfielder who sits deep, breaks up opposing attacks and feeds his forwards with defence-splitting passes.