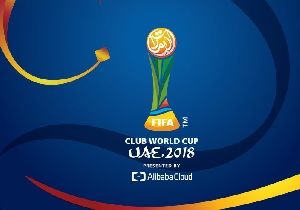 Before the first ball had been kicked in the 2018 World Club Cup World Championship, a title which seems to be growing exponentially with the duration of the tournament, there was news from FIFA that president Gianni Infantino had put a hold on plans for an even newer version of the competition to have a World Club Champion.

In the good old days the World Club Championship was usually a one-off, two-leg affair between the top teams of South America and Europe. Namely the winners of the Copa Libertadores and the European Cup.

I remember standing in the Stretford End for Manchester United`s 2nd Leg  `battle` against Estudiantes in 1968. Fifty years later the competition has become a global affair with seven teams competing over a two week period, in a straight knock-out tournament involving the following;

with the host nation, this time the UAE, providing the seventh and final participating team.

Esperance de Tunis qualified for the World Club Cup for only the second time by beating Egypt`s Al Ahly to win the CAF Champions League title. Kashima Antlers, represented Asia, by winning their first ever AFC title to reach the World Club Championship for a second time.

For UCL winners Real Madrid this was a fifth World Club Cup appearance.

CONCACAF was represented by CD Guadalajara who defeated Toronto FC on penalties to make their World Club Cup debut.

Team Wellington FC were making their debut in the competition after three previous defeats in the OFC Champions League. They reached the UAE-hosted tournament with a comfortable 10-3 triumph over Fiji`s Lautoka.

South America was represented by River Plate who beat Boca Juniors in the controversial Copa Libertadores which was staged in Madrid after riots prevented the original second leg from taking place in Argentina in November.

Al Ain made a splendid start to the competition on home soil with a 4-3 win on penalties over Team Wellington after a thrilling game ended 3-3 at full time but the real story was the impressive way the UAE side came back from 3-0 down. They then followed up with a 3-0 win over Esperance de Tunis to earn a semi-final clash with River Plate. Runners up in 2016 Kashima Antlers beat Guadalajara 3-2 in an exciting game and were rewarded with a semi-final against holders Real Madrid, the team that beat them in 2016.

In the first semi-final Al Ain produced a big shock when they beat River Plate on penalties after their game finished 2-2 after extra time. The hosts actually took a 1-0 lead  through Marcus Berg before River Plate asserted themselves to go 2-1 ahead with a quick-fire brace from Santos Borre to lead at the interval. Caio levelled for Al Ain just short of the hour but the turning point came 20 minutes from the end of normal time when Gonzalo Martinez squandered the chance to give the Argentine side the lead for the first time sending his penalty crashing against the bar. Another 20 minutes then extra time couldn`t separate the sides so the game was decided by penalty-shoot out.

Both teams enjoyed 100% success from 12 yards until the 10th penalty which was taken by Enzo Perez but Al Ain goalkeeper Khalid Eisa guessed right to send his side through to the Final.

In the Final the UAE side faced Real Madrid who beat Kashima Antlers 3-1, as they had in the 2016 Final, thanks to a Gareth Bale hat-trick, only the third such treble in the competition it put Real into the Final for the third consecutive season.

Real Madrid retained their trophy, winning for the third consecutive time, and in winning the World Club Cup for the fourth time, another record, they went beyond the total of three of La Liga rivals Barcelona.

It was a Final of records which Real began with Luka Modric opening the scoring, against Al Ain, and netting his first ever goal in the competition after 14 minutes. It took until the hour mark for Madrid to double their advantage with Marcos Llorente`s first ever professional goal. Warhorse Real skipper Sergio Ramos powered home a typical header to make it 3-0

Tsukasa Shiotami provided the hosts with a consolation goal when he deftly headed home four minutes from time. Real`s three goal advantage was restored when Nader headed an own-goal. But that minor blip will not undermine the fantastic run Al Ain enjoyed on home turf and it gave football in the region a massive boost as the countdown continues to Qatar 2022. It also gave Real a boost for when they resume their task in trying to win La Liga.

Gareth Bale completed the silverware for Real when he received the Golden Ball for the tournament.

Now the whole world, particularly the top European and South American clubs, must wait until next spring before they learn what FIFA president Gianni Infantino has in store for yet another World Club Cup revamp.