Al-Hilal FC is the most successful club in Saudi football history having won more trophies than any other club. They have won a record 6 AFC trophies as well as the Champions League in 1991 and 2000.They also won the Asia Cup in 1997 and 2002 plus the Asian Super Cup in 1997 and 2000. In September 2009 the club was awarded Best Asian Club of the 20th Century by IFFHS. This will be their first participation in the World Club Cup.Being the pre-eminent Saudi club hasn`t come cheap and they have spent extensively in recruiting high-level foreign players and national players. 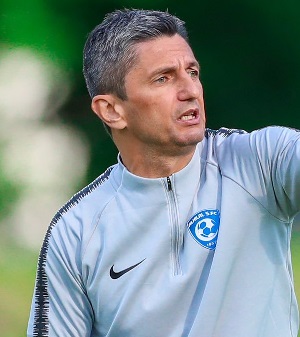 Head Coach Razuan Lucescu has a 52% win-rate as a manager and in June of 2019 Al-Hilal paid the two million- euro release clause in his contract for him to take the helm. It certainly worked as his win rate shot up to 69%. Lucescu made his name at Rapid Bucharest who he took to the quarter-finals of the UEFA Cup in 2005-06. But he fell out with the club and its supporters and went back to FC Brasov and immediately took them back into the top flight as Champions. He moved on to PAOK in Greece in 2019 and took the club to its first league title in 34 years and in the process equaled a 55-yearold record of Panathanaikos by going through the season undefeated.

The backbone of Al-Hilal is the current Arabian Goalkeeper of the Year Abdulah Al-Mayouf but the star man is French striker Bafetimbi Gomis who scored three times in the two legs of the semi-final victory over Al-Saad. Gomis spent three seasons with Swansea City and has been with Al-Hilal since last year scoring a phenomenal 21 goals in just 30 appearances. Not to mention 3 goals in 12 games for the French national team.