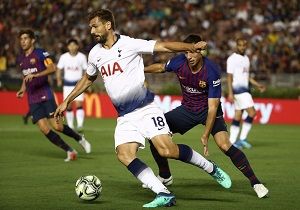 Barcelona fancied to knock Spurs out of the Champions League

Tottenham Hotspur visit Barcelona on Wednesday aiming to book their place in the last 16 of the Champions League.

Spurs claimed a crucial 1-0 win against Inter Milan on matchday five to join the Italian side on seven points in Group B. Christian Eriksen came off the bench to score a late winner for Spurs to keep their hopes of reaching the knockout stage alive.

The Premier League club gave themselves a mountain to climb in this season’s tournament, losing their opening two games. However, a draw and a win against PSV coupled with the victory over Inter has given them a chance to reach the last 16.

Mauricio’s Pochettino’s side are second on head-to-head away goals so will go through if they win, or if Inter – who finish at home to PSV Eindhoven – do not pick up more points than them in the final group game.

Barca were the only side to make sure of qualifying for the knockout stages before matchday five and clinched first place in the group with a 2-1 success in Eindhoven in their last game.

They are 11/2 joint second favourites in the Champions League odds to win the tournament, but Spurs will be hoping they take their foot off the gas at the Nou Camp having already qualified for the next stage.

Barcelona have now finished first in their Champions League group on a record 20 occasions – four times more than Real Madrid. If they avoid defeat against Spurs it will be the 12th time they have gone through a group undefeated, also a competition record.

They are unbeaten in 28 Champions League home matches, winning 26 and drawing two. If they win or draw against Spurs they will equal the record of 29 set by Bayern Munich between March 1998 and April 2002.

The two sides last met in the semi-finals of the 1981/82 European Cup Winners’ Cup. After a 1-1 first-leg draw at White Hart Lane, Allan Simonsen’s 46th-minute goal in the return match proved enough for Barcelona to go through to the final, where they beat Standard Liege 2-1.

Spurs’ record away from home in the Champions League suggests they may find it difficult to hang onto second spot in the group. They have won just four of their last 17 matches in Europe and are yet to record a victory in Spain.

With Inter strongly fancied to see off PSV in their final group game, Spurs look set to join London rivals Chelsea and Arsenal in the Europa League. 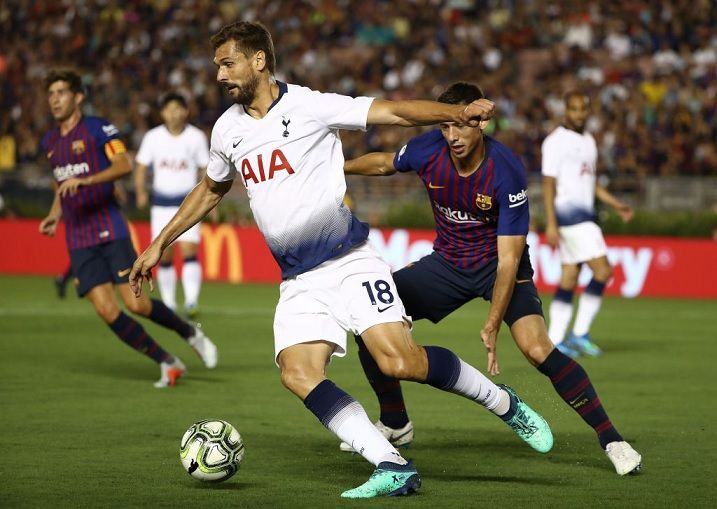