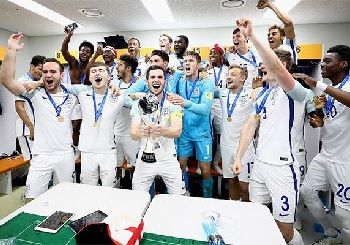 Followers of the England football team are amongst the most patient in the world. We must be or why else would we grasp every crumb of optimism that came our way since that glorious summer`s day in 1966 like Manna from heaven.

At times we could be forgiven for our optimism but now, as 2018 draws to a close, there is real cause to remove the rose-coloured spectacles and get a fresh, perspective and one that is coming ever more sharply into focus with each England team that takes the field.

Every man and his dog has a view as to why England have failed on the international front for more than 50 years. There are even more opinions as to why certain players were selected for England over the years and why others were not.

Whatever the reasons there are two factors that cannot be denied, a lack of consistency and an absence of continuity, in more than a few areas of what goes into producing an England international team. But not any more and isn`t it an irony that after a long list of managers, including a  Swede and an Italian, the much maligned Football Association finally picked a winner, and an Englishman, former international and an England skipper to boot, Gareth Southgate.

When Gareth was appointed manager, or coach If you like, of the England Under 21 team in 2013 who could have forecast that was only the first step en route to where he and the national team stand just five years later.

Although Gareth took England to the finals of the UEFA Under 21 Championships in 2015 they finished bottom of their group. But Southgate had laid the foundations, and firm ones at that, that are a prerequisite to any hopes of consistency or continuity. But what doesn`t get too much publicity is that prior to that coaching job Gareth spent more than a year as the FA Head of elite development so going into the Under 21 job he had already added to a skill set that was to prove so fruitful when he stepped into the top job after Sam Allardyce`s one-game tenure.

In the same week England beat Croatia in the UEFA Nations League and the Under 21s beat both Italy and Denmark, convincingly, former Republic of Ireland manager Brian Kerr, spoke about the departure of Martin O`Neill from the Irish manager`s job. Brian, who has the best win-rate for an Eire manager, said that who ever took over the Irish job needed continuity. Then, unlike many football observers, Brian hit the nail on the head when he specified what that continuity was.

He said that the Irish teams below the national side played in a different way and that when they finally reached the senior side they were faced with an alien system of playing.

NOT SO for England and if there is any single aspect of the England set up that should be flagged up and lauded it is the almost seamless way players such as Trent Alexander-Arnold, Jess Lingard, Marcus Rashford, Jado Sancho etc etc have progressed from the Under 17s and the Under 21s into the senior side that has become the first international team to reach a World Cup semi-final and a UEFA Nations League semi-final, and in the same calendar year.

Just a quick check on some of the players that Southgate had in 2015 throws up; Jack Butland, John Stones, Harry Kane, Marcus Bettinelli, Michael Keane and Jesse Lingard. Three of those played a key role in beating Croatia in the Nations League, Kane and Lingard scoring the goals that saw England come back from 1-0 down to clinch that semi-final berth. And what was significant for me, having watched every England game since 1966, was that instead of wasteful hubris replacing tactical awareness and endeavour what was on display in the closing moments of that win over the World Cup finalists, was the way those factors complemented each other and became a fuel that fired England to victory.

Testimony to the transition so many make look seamless when they appear in the senior England side was epitomised by Jadon Sancho, who also appeared against Croatia at Wembley, a month after his debut against the same opposition.

Jadon was an England Youth player and also played at Under 16, Under 17 and Under 19 level. He was part of last year`s Under 17 World Cup winning side and following his sensational Bundesliga debut season, or a few months of same, he skipped the Under 21s to make his full debut in October.

But Sancho isn`t the only player to come through a system where the different age ranges are playing the same kind of football and that`s because ALL the coaches, staff and players are singing from the same hymn sheet. That is why even players at Under 17 and Under 19 level can genuinely believe that if Southgate thinks they are good enough they WOULD be old enough to win senior recognition.

That is why Joe Gomez and Ben Chilwell can come in and look as if they have been full internationals for years not just a matter of months. That is why John Stones is looking more and more like Franz Beckenbauer every game. That is why players like Phil Foden and Lewis Cook have been the mainstays of England Under 21s 22 game unbeaten run that bodes well for the European Under 21s European Finals next year.

Because they are adding physical growth and mental maturity to an ever improving skill level that isn`t having to make unnecessary adjustments to a style of play because its what they have been playing since they were 16, FOR ENGLAND. Lewis Cook has played at all seven levels for England, from Under 16s to the senior side. If there is a better example of consistency and continuity than that I haven`t spotted it.

I can`t wait for the Nations League Semi-Finals and the Under 21 Championships. I see a bright future, a silver-lined future and there isn`t  a pair of rose-tinted spectacles in sight. 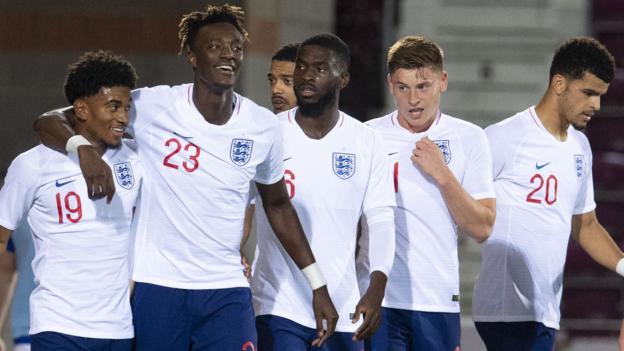