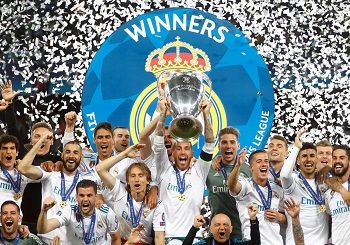 The Champions League group stage gets underway on September 18 and hopes are high that all four English clubs can make their mark on this season’s tournament.

Premier League champions Manchester City have been handed a relatively easy route to the last 16, with Pep Guardiola’s side expected to breeze past Shakhtar Donetsk, Lyon and Hoffenheim in Group F.

City reached the quarter-finals last season, but they were thumped 5-1 on aggregate by Liverpool and are still searching for their first success in Europe’s top club competition.

Jose Mourinho is likely to be happy that the Champions League is back following Manchester United’s indifferent start to the domestic season.

The Red Devils will fancy their chances of finishing above Valencia and Young Boys in Group H, but Juventus are likely to provide a much stiffer test – particularly with Cristiano Ronaldo in the mix.

Mourinho and Ronaldo had a rocky relationship during their time together at Real Madrid and it will be interesting to see how that situation plays out over the coming months.

Tottenham Hotspur face a tough task in Group B, with Barcelona, Inter Milan and PSV Eindhoven providing the opposition.

However, Spurs finished ahead of eventual winners Madrid in last season’s group stage and can book their place in the last 16 this time around.

Liverpool, Paris Saint-Germain, Napoli and Crvena Zvezda make up a difficult looking Group C, although Jurgen Klopp’s side should have enough quality to progress.

The Reds finished runners-up in last season’s competition, but City are fancied to go furthest of the English clubs this term.

Elsewhere in the Champions League, Atletico Madrid look a good bet to win Group A, with Borussia Dortmund or Monaco likely to join them in the last 16.

Porto and Schalke should qualify from Group D, with Bayern Munich and Benfica progressing from Group E.

Madrid and Roma look nailed on to claim the top two spots in Group G, but whether the former can win the competition for a fourth time in a row is open to debate.

Ronaldo was the difference-maker for them last season and his addition to Juve’s ranks makes them look a decent bet at around 7/1 to lift the trophy for the first time since 1996.