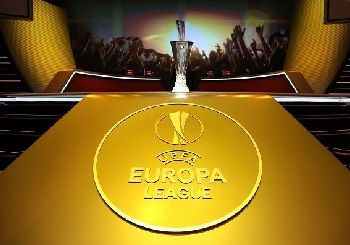 It will be strange to see Chelsea and Arsenal in UEFA Europa League action this season, more so for the former where as the latter is kind of getting used to second best. Ironically Chelsea are the bookies` favourites to win the trophy, at 6/1 while Arsenal are second favourites at 9/1 with perennial winners Sevilla third favourites at joint 16/1 with Lazio.

Not only did Atletico Madrid take this trophy last season but in doing so they have not only raised the benchmark in Europe but also maintained their push to top not only city rivals Real and this competition is rapidly shedding its unwarranted reputation as a competition for second-rate teams.

The two teams that look favourites here are Bayer Leverkusen and FC Zurich. Leverkusen finished fifth in the Bundsliga last season. They would have finished third, instead of Hoffenheim, but a poor scoring record compared with Hoffenheim and Borussia Dortmund saw them fall away despite finishing on the same number of points as those two clubs, 55.

FC Zurich haven`t won the Swiss title for nine years but this year, 2018, they won the Swiss FA Cup. Although they finished fourth to qualify for the Europa League they were 20 points adrift of runners-up Basel and a massive 35 points from champions Young Boys, Berne.

Ludogrets and AEK Larnaca would consider it a massive achievement if they were to split Bayer and Zurich.

Celtic have a chance to atone for their dismal showing in the UCL with every possibility of getting through but they face tough games against all three teams; RB Leipzig despite their narrow qualification via a late play-off goal are the new force in German football and Saltzburg are experienced European campaigners as are Rosenberg of Norway.

RB Leipzig could’nt repeat their heroics of two seasons ago when they gave Bayern Munich a real fright and could only finish 6th last campaign but every time they qualify for Europe its part of the learning curve for a club that was only formed in 2009. With the cheque book of Red Bull behind the club the sky, and Bayern Munich, really is reachable.

This has already been christened `The Culture Club` as its host cities constitute a modern-day football `Grand Tour`: St Petersburg, Zenit must be considered among the favourites to win the trophy let alone qualify, Bordeaux, looking to recapture former glories, Copenhagen and Slavia Prague complete the quartet.

Zenit are a very experienced and successful club in European competition and its only 10 years since they won both the UEFA Cup and the UEFA Super Cup. They have fallen away in the Russian league in recent years trailing in the wake of the big three clubs in Moscow but the Europa League does give them a teaser for success away from domestic football.

With a team based on sound defence, they only conceded 19 league goals in 30 games last season, they finished runners-up in the Czech league last season. They will be a tough nut to crack.

Anderlecht are favourites to top this group while any of the others, Fenerbache, Dinamo Zagreb and Spartak Trnava are all more then capable of accompanying the Belgian side into next stage.

Anderlecht have never finished outside the top six in the Belgian First Division and are by far the most experienced Belgian club in European football with five trophy successes. Though they may be distracted on the domestic front having to chase down Genk and Brugge who stormed away at the start of the league campaign.

Arsenal should exit this group, in the right manner, if they can get their domestic act together of course. They will face some long trips on the away legs, especially to Qarabag. Sporting CP should join them in progressing despite the disruption of a number of players striking and having their contracts cancelled. Meanwhile Qarabag and Vorskla Poltava will just be looking to measure their ability against vastly superior European experience.

AC Milan is the name that leaps out from this group. Seven times winners of the European Cup and twice winners of the European Cup Winners` Cup the Serie A side is one of the wealthiest clubs in world football. Although they finished sixth in the league last campaign they are slowly building back up to being one of the leading clubs in Italy again.

Real Betis although regarded as simply `the other club in Seville` and having a much less memorable European record than their neighbours, they do have an impressive 50% win rate in those games and are expected to accompany Milan into the next stage.

Olympiakos may well have a say in who finishes second in this group but are notoriously unpredictable. They are the highest ranked Greek club in Uefa rankings, in 21st place, one place above Spurs and one below Manchester United. In eliminating Burnley the Greek side showed they are more than capable of progressing.

Most likely to finish bottom of the group are Dudelange who are the first Luxembourg side to reach the group stage of a European competition since 1965. They are going to love the San Siro.

Vilareal and Spartak Moscow are my choices for the top two in this group although Stephen Gerrard`s Rangers side may have something to say about that give their 12 game unbeaten start to the season. Even Rapid Vienna will fancy their chances of getting something out of all their games so this could be a much closer group than it seems at first.

Lazio and Marseilles would make a pretty good Europa Final and as such should progress from this group with Eintracht Frankfurt and Apollon Limassol being the other teams in the group.

Lazio only missed out on fourth place in Serie A on goal-difference to Inter Milan who had a better scoring record.

Marseilles under new ownership has been reborn and its only a matter of months since they were in the Final of the Europa League where they were outclassed by Atletico Madrid. Marseilles should progress along with Lazio.

Besiktas will consider themselves favourites to head the group and Malmo, with a very experienced record in Europe, should follow the Turkish club into the next stage. Genk made a blistering unbeaten start to the Belgian league and topped the First Division after five games. European debutants Sarpsborg really shouldn`t present too much of an obstacle for the two teams expected to contest the group leadership and as the Europa draw was made they were 6th in the Norwegian top flight.

Although third in the betting behind Chelsea and Arsenal Sevilla are one of the best teams in Europe and their European experience rightly makes them favourites to claim the trophy yet again. Only Standard Liege can hope to compete with the Spanish team as Krasnador and debutants Akhisar Belediyespor will by vying to avoid the wooden spoon.

Dinamo Kiev stand out head and shoulders from this group which also comprises Astana, Stade Rennais and Jablonec.

Kiev last season dropped out of the UCL into the Europa League and participated in the Group stage which they won but went out in the Round of 16. They should top the group but its a bit of a lottery who goes through with them.

Stade Rennais had one of their best ever league campaigns in 2017-18 to finish 5th and reach the Europa League. The French side probably edges Astana and Jablonec in terms of quality and will be more than happy to finish second in the group.

Chelsea must be delighted with their group although there are some long journeys ahead in the coming months. But a great start to the Premier League season will give them confidence to win a competition they were successful in five years ago.

Bate Borisov and PAOK should contest second place while Vidi FC are in for a tough ride.

Bate Borisov had a tough time against Arsenal last season losing 10-2 on aggregate and will probably finish third to leave Vidi bottom. 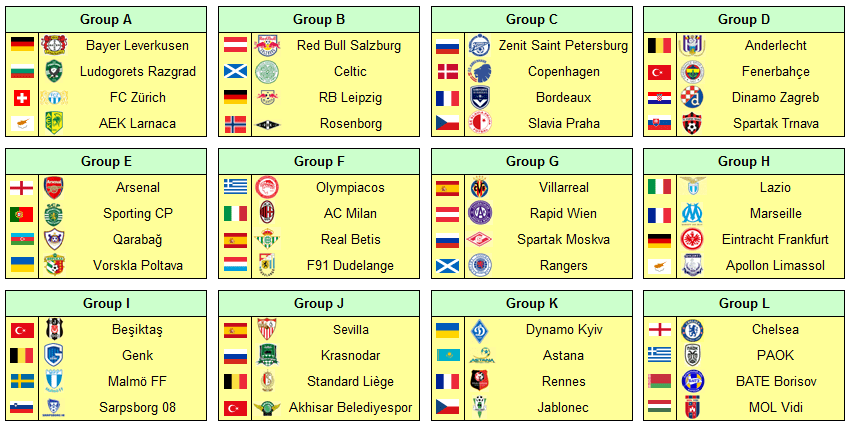