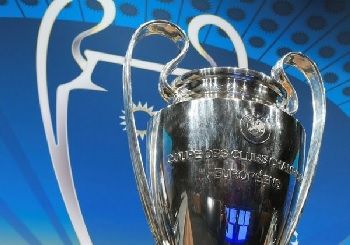 You can always expect something special when the draw for the UEFA Champions League  takes place but this time its been that little bit more special with Cristiano Ronaldo returning to Old Trafford but not with the all-conquering Real Madrid but his new club Juventus as the mercurial striker seeks a fourth consecutive winners` medal.

Group A presents an intriguing collection with Atletico Madrid expected to top the group, playing in the UCL as winners of the Europa League. Monaco and Borussia Dortmund will vie for second place and Club Brugge will not be the cakewalk most expect.

This is a critical season for Atletico. They continued their upward surge by splitting champions Barcelona and city rival Real in La Liga and not only did they hang on to Antoine Griezmann and outstanding goalkeeper Oblak although he is being cagey when it comes to signing a new contract but they also kept Diego Simeone who could probably walk into any managerial job in the world after the job he has done at Atletico.

I think Atletico may be on the verge of stepping into Real`s shoes this seasons.

Of all the British clubs in the UCL this season undoubtedly the toughest task faces Tottenham who have Barcelona, PSV and Inter Milan for company in Group B. And yet Spurs had a similar task last season and passed with flying colours. Most pundits have focused on Tottenham making no summer signings but I prefer to highlight a settled squad full of top-quality players, NOT disrupted by incoming threats to their places, not always a bad thing, led by the most sought after manager in world football. Their start to the Premier League not to mention the style and manner of their 3-0 win at Old Trafford should convince all at WHL, when they get there, that they should fear no one.

I expect Barcelona to top the group but I think Tottenham are more than capable of taking the necessary results from Inter to edge into second place ahead of the Serie A side. Spurs can beat Barca in London and then I think it will be down to results between them and Inter to decide the final placings.

Liverpool continue their education under Jurgen Klopp with a testing Group C but I expect them to progress along with Napoli who I think will just edge PSG, with the game between those two critical. RS Belgrade don`t pose as much of a treat as the other three.

Liverpool signings, especially van Dijk and Allison have already proved a massive plus in the great start to the season made in the Premier League. If the `Three Musketeers` up front get anywhere near last season`s goal tally they must be considered among the top favourites to lift the trophy. They are certainly more than capable of reaching the last four which I fully expect them to do

Group D is expected to be the most open and any two of the four can progress. Observers are pointing to the lack of quality in this group and if any of these teams were in other groups they would be favourites to occupy fourth place, Lokomotiv Moscow apart.

Because it is the weakest group it presents a golden opportunity for two of the less fashionable sides at the European top-table to make a name for themselves not to mention a few million euro.

I take Scahlke 04 to progress with Lokomotiv. Ok they did finish 21 points behind Bayern in the Bundesliga but the runners-up were eight points clear of third placed Hoffenheim. What may rail against them is a poor scoring record and in the Top 5 in the league they had the worst defensive record. If Schale come up short they could lose out to Porto or Galatasary.

This group boasts 11 UCL trophy triumphs but only Bayern can be as certain as it is possible to be to progress. Ajax and Benfica will contest second place whilst AEK Athens should finish fourth.

Bayern strolled away with their league title but their domestic domination in recent years has diluted their effectiveness in the UCL. It is five years since they won the trophy and although they can point to three semi-final appearances since then by their standards it is not good enough. Paradoxically their demise, if that`s not too strong a word, has echoes in the dismal showing of the national side in the summer World Cup.

Ajax are probably favourites to accompany Bayern into the next stage. The Dutch side continues to produce talented young players and their line up in the 2017, which they lost to Manchester United, was the youngest ever in a European final at just over 22 years of age.

Manchester City will expect and be expected to win this group as they have by far the most talented squad of players. However Hoffenheim made a good fist of pushing Bayern Munich and Schalke last season and Lyon pushed Monaco all the way before having to settle for third place just two points adrift. I wonder how many have felt that Pep Guardiola has narrowed the gap between how his teams, Barca and Bayern played in the UCL and how City are playing in the Premier League.

Hoffenheim have a good, young team that likes to play football and on the front foot and in Julian Nagelsmann they have the man who was the youngest ever coach in the Bundesliga when he was appointed in 2016 aged just 28. He has announced he is leaving at the end of this season to manage RB Leipzig so will be even more motivated for Hoffenheim to make an impact on the UCL. Lyon have been trying hard to hang on to the much targeted Nabil Fekir, especially since they just sold Mariano Diaz back to Real Madrid and will miss his goals, he scored 18 in 31 games last season, 21 in 45 games was his full tally, a threat Lyon will badly miss.

Shaktar Donetsk are always capable of upsetting the applecart but are likely to finish fourth.

On paper this is the group that has the clearest finishing top two of all, Real Madrid and Roma, indeed few would argue. CSKA may well challenge Roma but will have to be at their very best in both games. Viktoria Plzen, along for the ride will probably be content to be in such august company as Real and Roma.

But if this season is critical for Atletico Madrid it is even more so for Real. Real Madrid`s pre-eminence in the UCL has never been under more threat than it is going into the 2018-19 campaign as not only defending champions but has holders for the last three seasons, a first in the UCL era. The loss of Ronaldo not only dilutes Real`s effectiveness on the European stage but vastly improves the chances of his new club, Juventus, going one better than being runners-up in the competition.

Prediction: Real Madrid and AS Roma

Ronaldo back at OT is the big storyline from this group and his Juventus side will be bursting at the seams to turn regular appearances in the UCL Final into a winning one. Everyone expects United and Juve to walk away with this group and they may well progress but they will have to deal with a resurgent Valencia side who were only three points behind Real Madrid, finishing fourth in La Liga to qualify for the UCL.

Because United started the Premier League so badly little attention was paid to the Champions` League but that all changed when a couple of reunions with CR were drawn out. It`s unlikely Jose Mourinho will leave the United hot seat before the UCL starts. But if the club doesn`t get through he will be out of the door double quick.

Juventus should top the group and United should accompany them into the next stage but should the Red Devils fall short against Juventus they will have to step up to the mark against Valencia and Young Boys and won`t the underdogs just love that.

Neck on the line time and I expect the semi-finalists to be Barcelona, Liverpool, Manchester City and Atletico Madrid.